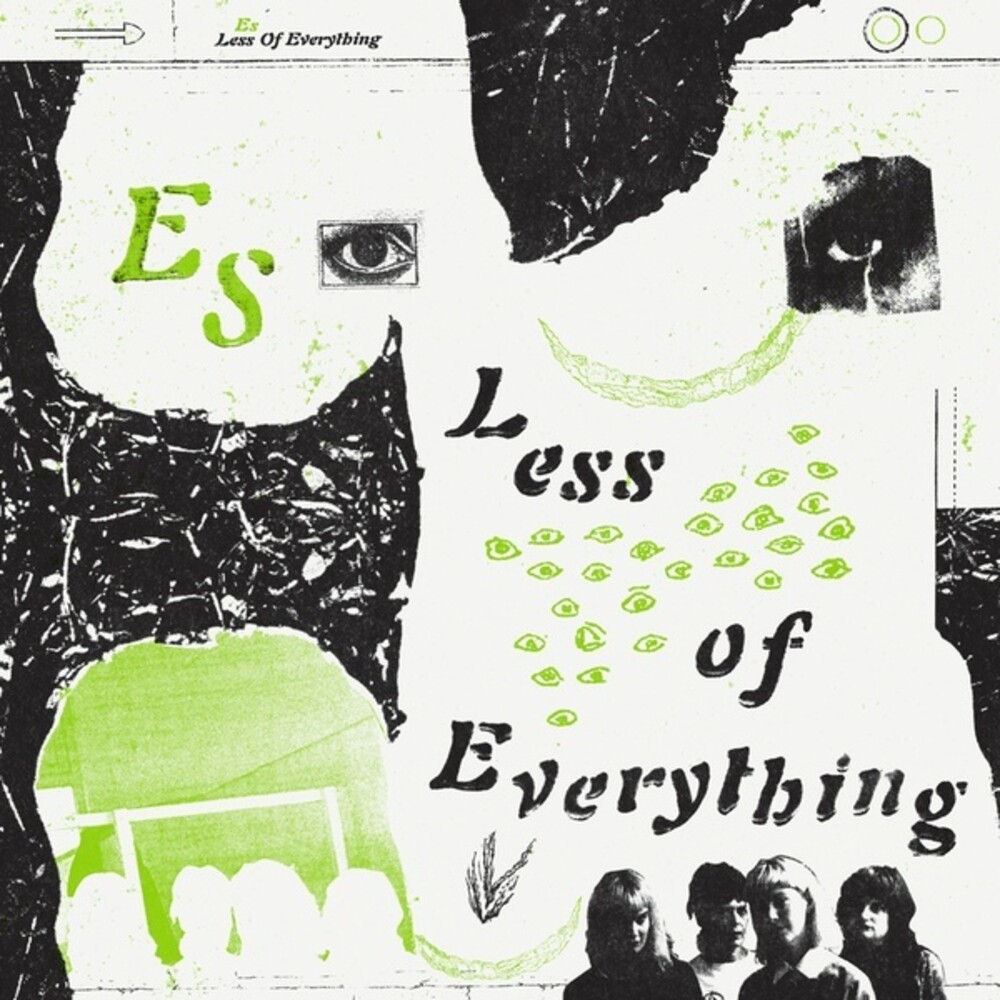 Less of Everything. The title of Es's first full-length LP could be interpreted as a manifesto pledge, an outright demand or a purely literal sonic descriptor of the London quartet's glacial form of punk rock music. This tension between intent and interpretation has been a fundamental element of the group's output from their formation. Es is Maria Cecilia Tedemalm (vocals), Katy Cotterell (bass), Tamsin M. Leach (drums), and Flora Watters (keyboards). Their 2016 debut EP, Object Relations, released on influential London punk label La Vida Es Un Mus, was described as 'mutant synth-punk for our dystopian present' (Jess Skolnik, Bandcamp, Pitchfork). The band has since become a vital presence in London's underground DIY music scene, as well as having toured the UK with the Thurston Moore Group in 2017. After a period with members split between Glasgow and London, Es recorded Less of Everything with Lindsay Corstorphine (Sauna Youth, Primitive Parts) in Tottenham in 2019. As in Object Relations, the dynamic between Cotterell's bass and Watters's keyboard is at the heart of Less of Everything's sound: intertwining sub-zero melodies, gothic anarcho-punk influences (think Kukl, Malaria, X-Mal Deutschland) and some kind of entirely unlocatable aquatic component. When combined with Murray Leach's precise drumming, the outcome is original and immediately recognizable. Es are a group who know how to leave space, how to strive for minimalism without sacrificing aggression or dynamism. This dynamic provides the perfect backdrop for Tedemalm's relentless, pointed vocal style. While comparable 'cold' sounding groups might affect an impersonal, safer mode of lyrical or vocal detachment, Tedemalm's strategy is to 'push the lyrics as far as I can thematically until they become absurd - overly dramatic... while still being sincere in the feeling they're trying to invoke. I try to apply as much emotion as I can.' The result is something intense but nuanced, confrontational but complex." -Owen Williams, 2020 180 gram, transparent vinyl; edition of 500.