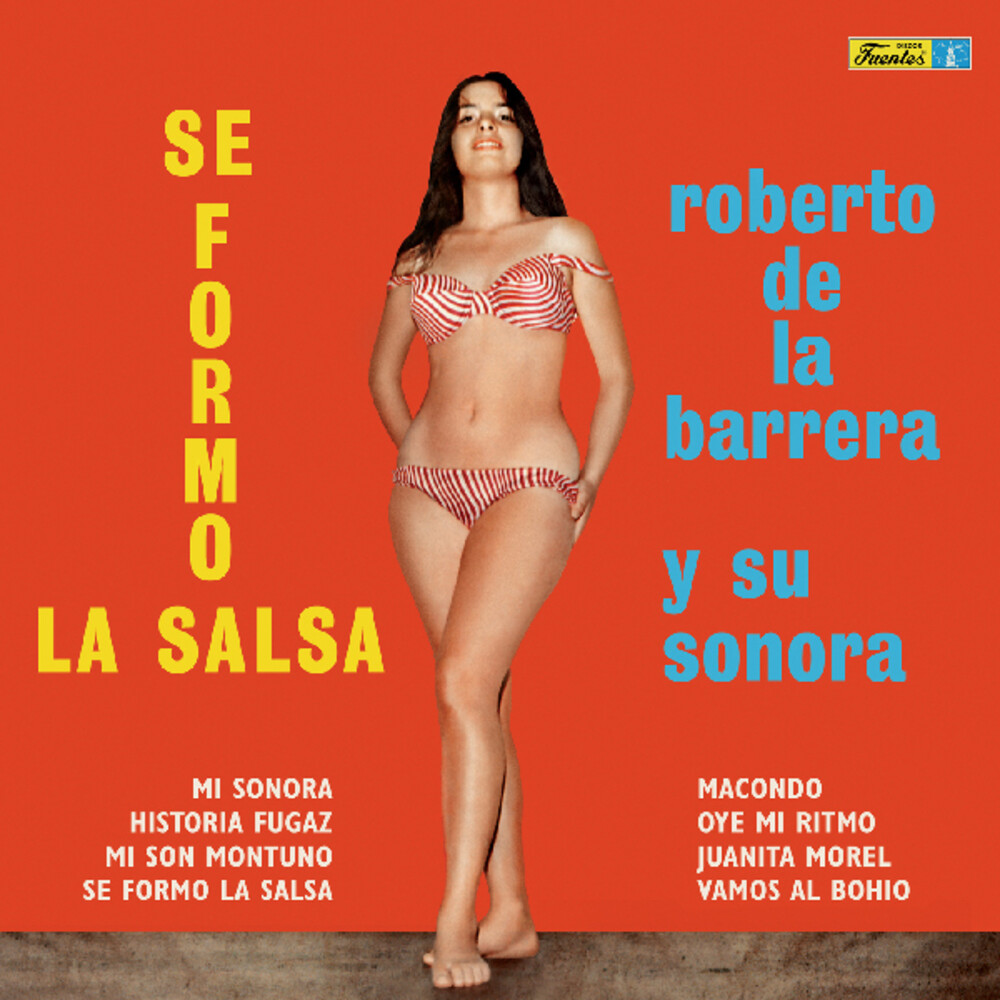 ... Roberto de la Barrera was arguably the first cartagenero to record music that would later be labeled 'tropical' and 'salsa' with his group Roberto de la Barrera y su Sonora, starting off with cumbia, porro, charanga, and pachanga in the early to mid-1960s, and ending the decade with guaguancó, guaracha, descarga and son montuno, leaving a handful of gems for posterity, such as 'El Baile de los Cocacolos', 'Vamos A Guarachar' and 'Se Formó' from the earlier period and 'Se Formó La Salsa', 'Mi Sonora' and 'Oye Mi Ritmo' as the 1970s began. After taking the piano seat in the Discos Fuentes house orchestra and being hired in 1964 by label boss Antonio Fuentes as the regional musical director in the Caribbean area (based in Cartagena), where he subsequently discovered, signed and produced a lot of local talent, the following year Roberto de la Barrera y su Sonora recorded Pa' Los Cocacolos, his first long play under his own name for the label, succeeded by ¡Pa' cumbanchar! And finally Se Formó La Salsa in 1970. All of his arrangements feature an interesting mix of Colombian and Cuban flavors, sometimes within the same tune, and often with that wonderful raw, loose, improvisational quality associated with the 'descarga' jam sessions of Cachao and others a decade before. Perhaps the best example of this is 'Mi Sonora' from Se Formó La Salsa, where the vocalist Felipe Sembergman actually name-checks New York's famous Village Gate, home of many Latin jazz and salsa concerts at the time, thus making the connection explicit between what was beginning to catch on in Colombia as salsa" and it's New York Latin roots. Whatever the case, immediately in Roberto de la Barrera's wake, a whole slew of groups from the coastal regions started performing in this style... Sometimes the Colombian 'salsa' sound was mixed, at other times the genres were kept separate, but a certain Caribbean aesthetic carried it's way through everything these artists did, and Roberto de la Barrera was a pioneer in introducing modern Latin sounds from Havana, New York and San Juan..." -Pablo Iglesias, aka DJ Bongohead Presented in facsimile artwork and pressed on 180 gram vinyl.