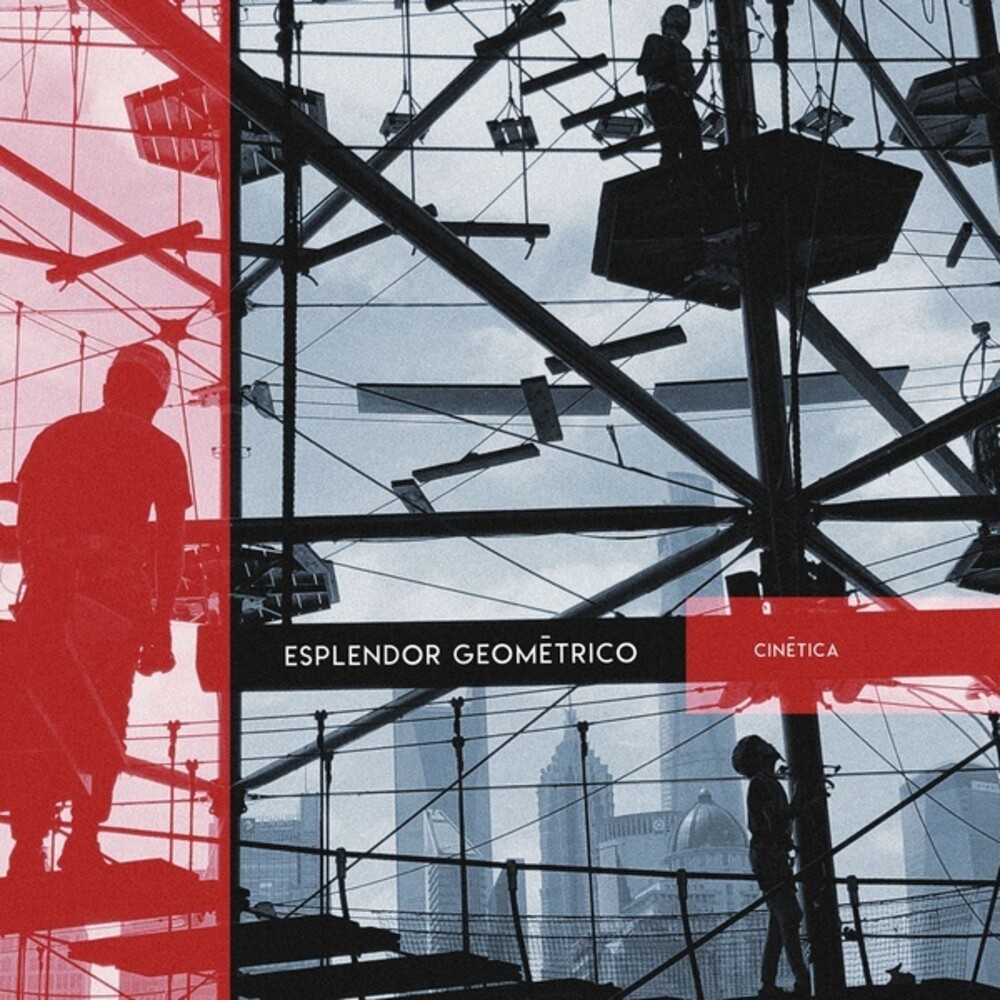 LP version. Edition of 600. Esplendor Geométrico, the influential "industrial" pioneers of the pulsating, hypnotic, and mechanical rhythms, returns with a new album Cinëtica, after their previous Fluida Mekaniko (GR 2140CD/LP, 2016). Based now in Shanghai and Rome, they have not stopped their live performances all over the world in the last two years (Germany, Spain, Russia, UK, France, Italy, and recently Chile) with great success. The material was recorded between 2018- 2019. Cinética gives a twist to the line that the group has followed in their last albums, highlighted by a more elaborate sound. A less raw sound, but without losing the essence of EG: hypnotic rhythms and innovative industrial music, danceable and tribal sometimes. Certain songs like "Acoplamiento Internacional" and "Modulaciones", with Eastern and African voices, remember the classic LP Mekano Turbo (1988) that is considered as one of the best albums of EG. In Cinética, there are filtered and natural voices, broken, mechanical and industrial rhythms, synthesizers layers, percussion, noise, distortion, Mongolian chants... Esplendor Geométrico celebrates it's 40th anniversary in 2020 and prepares special editions for that year. They have developed a unique style since 1980 that influenced many "industrial" musicians around the world, including the new trends of industrial techno.