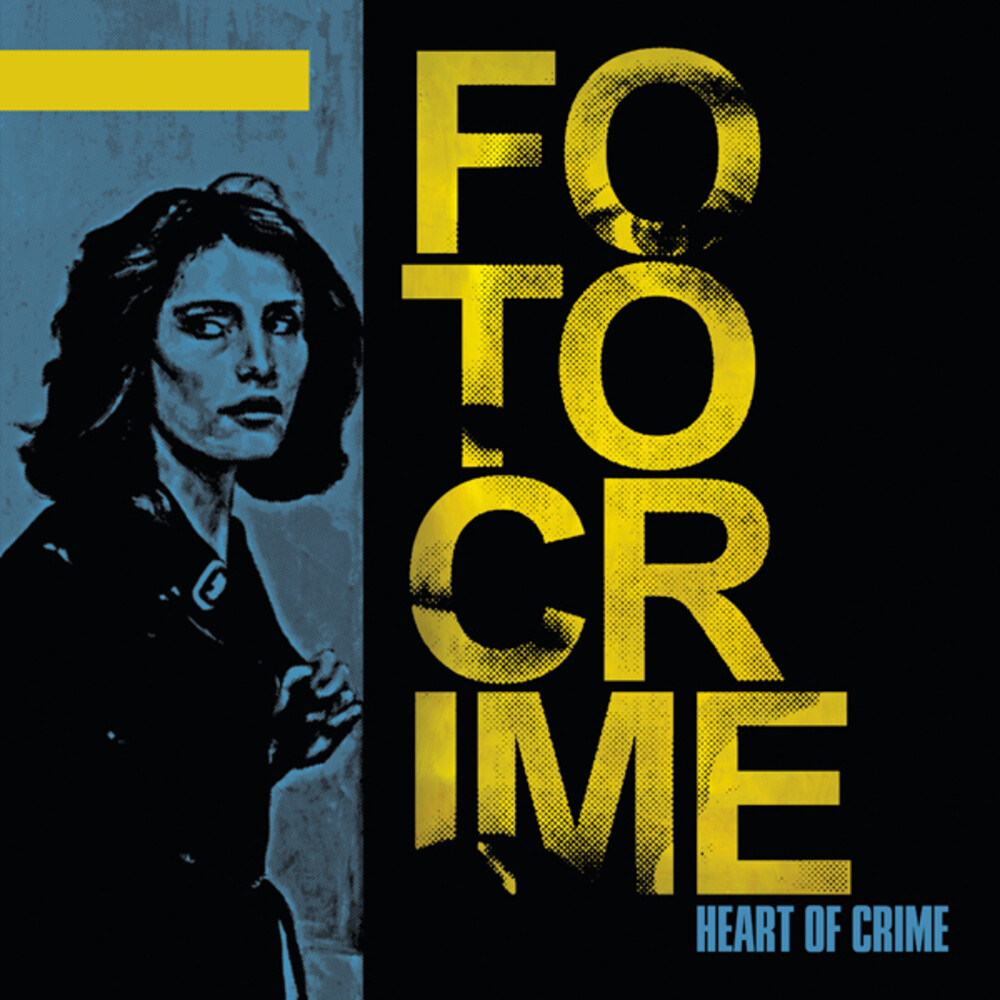 Heart Of Crime
Artist: Fotocrime
Format: CD
New: OUT OF STOCK. Contact us for availability!
Wish

Ryan Patterson has spent over two-and-a-half decades adding to Louisville's legacy with his impassioned and activist-minded approach to punk, his rigorous work ethic in the local music scene, his distinctive graphic design work, and his contributions to nearly every aspect of DIY culture. After twelve years fronting the forward-thinking art-inflected punk outfit Coliseum, Patterson looked to the urban centers of London, New York, and Berlin for new sonic inspiration, drawing from the passion of his hardcore roots while tapping into the sounds of classic EBM and post-punk artists for Fotocrime.On his third full-length Heart Of Crime, Patterson continues to explore what he refers to as "electric Southern romanticism." It's an album that throbs with pulsing synths, hammering drum machines, and economic guitar hooks. Where so many artists have leveraged these tools towards stern stoicism, Patterson had a different objective for their emotional resonance.This vision has been consistent across the entire Fotocrime catalog, but where 2020's South Of Heaven found Patterson's songs supplemented by Steve Albini-recorded live drums, a different approach was required for it's follow-up. Consequently, Heart Of Crime is the austere response to quarantine life; the most direct and personal thing Patterson has done and the first time Patterson has recorded and mixed an album all by himself.On this release, one hears the earnestness of the heartland fused with Patterson's ties to the asceticism of the urban underground, like a post-punk Leonard Cohen. One also hears an aspect of Fotocrime that's a response and reaction to the times and available resources. It's a record that yearns for a world outside one's doors, that begs to be blasted on a massive PA in a seedy nightclub or a black-walled venue. It sounds steeped in isolation and reflection, but it reminds one of the communal experience of getting lost in a sea of people while the sound of a bass drum kicks one's chest.
back to top