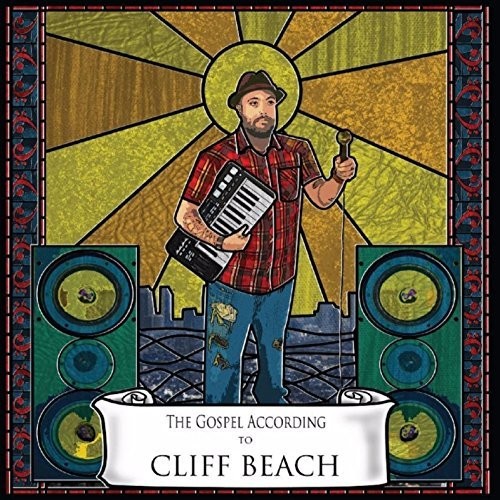 The Gospel According to Cliff Beach
Artist: Cliff Beach
Format: CD
New: BACK IN STOCK IN 3-4 DAYS! $10.98
Wish

Cliff Beach returns home to his roots to record his first, full-length solo concept album.  After the release of his last two EP's, this highly anticipated album, entitled "The Gospel According to Cliff Beach", is his opus.  The Rhythm Section was recorded live at a church in his home state of Maryland, and Beach adds an old-school approach to his work including backup vocals from a Gospel Choir from Compton that was later overdubbed back in LA.  With his plan to unleash his brand of Gospel-influenced funk on the world, Cliff says "I grew up in MD, in church, playing Gospel music. My music is secular, but incorporates a lot of call and response aspects, with the gritty vocal style of Gospel music, often having religious overtones, like in my songs: "Joy", "Delilah", "Hold on Me", and "Save My Soul." Many of the funk/soul artists I listen to: James Brown, Aretha Franklin, Sam Cooke, Marvin Gaye, and Al Green, all grew up singing and playing Gospel music and I will continue that legacy." The album is produced by Cliff Beach, and engineered by MD-based and ASCAP award-winning, gospel songwriter, and engineer, Darien Dennis, with additional engineering by Tim Hall and Mister Rocks.