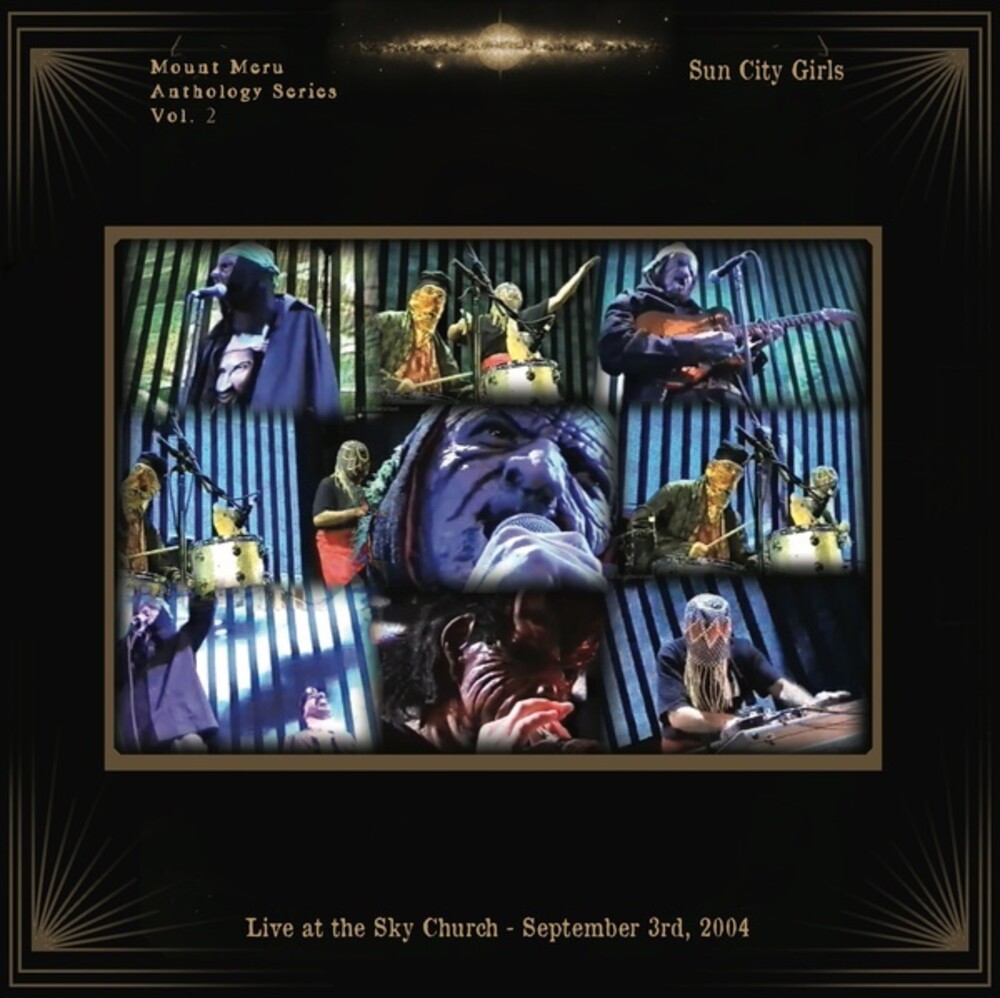 Live at the Sky Church
Artist: Sun City Girls
Format: Vinyl
New: OUT OF STOCK. Contact us for availability!
Wish

The first new Sun City Girls release since Funeral Mariachi (2010), Live at the Sky Church is a performance that melds their signature alien-jazz improv, Asian-tinged psychedelia, and Middle Eastern meditations together with their ranting psychodrama. An audio and visual recording from Seattle in 2004 shows a group that is both aware and committed to it's history, while still demonstrating the power of the experimental to drive an enormous cudgel through the heart of those who believe to have all the answers. Twenty One Eighty Two Recording Company has had a long history with Sun City Girls, most of which, the Girls were unaware of. While the label were not at the show, their attempt to help continue to put a part of Arizona's musical history in the appropriate context convinced the Girls that a bunch of subversives from a town no one admits to being from to be the right people to put this document into the world. Society rarely documents the things that matter, and the label hope to change that with this release. It is a document that now stands to the interplay between three friends before that history would be sunset way before it's time. As the recording begins, you already realize the experience will be too short, but what the fuck are you supposed to do but celebrate that it happened. The Girls came from Phoenix, Arizona, but now have traveled the world exploring sound, documenting travel, and attempting to be the emissaries that should represent these union of states. Live at the Sky Church illustrates this history and attempts to provide a manifesto without dictating the experience. Will you listen? Includes DVD. "LONG MAY THEY ISOLATE." -John "Inzane" Olson (American Tapes, Wolf Eyes, etc.)