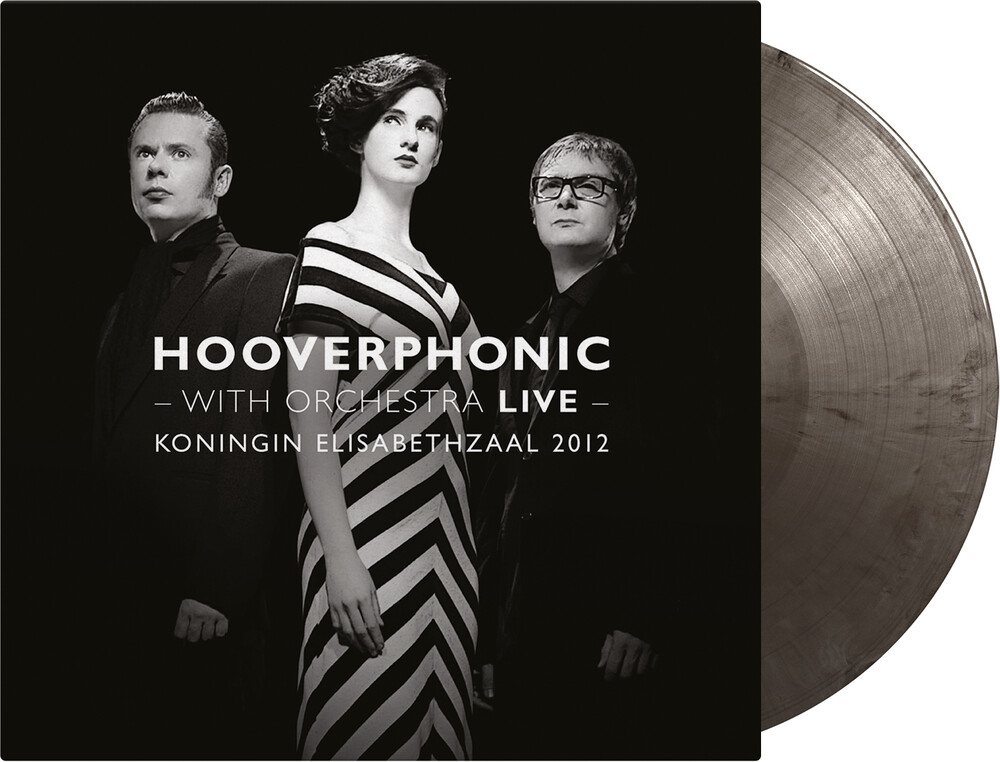 With the help of a symphony orchestra of 42 musicians, Hooverphonic provided one of the absolute highlights of their tremendous career with their concerts and album release of With Orchestra Live. Singer Noemie Wolfs sounds overwhelming as leading lady during her stellar perfermance. She sang with determination and at the same time managed to play out her sensuality. 'The girl' who replaced Geike Arnaert as leading lady two years prior, proved that she had the capacities to take on the role of front woman. Quoting Alex Callier ; 'May I introduce the Voice of Belgium? Noemie Wolfs! We first wanted to announce her as the Voice of Europe but we couldn't do that to Eddy Wally'. After a career spanning over 25 years, Hooverphonic is still hot. The six performances that the group played in the Queen Elisabeth Hall in 2012 had all been sold out for months. Together with musical centipede Cedric Murrath, the band reworked a selection of it's greatest hits and it's most underrated gems so that a symphony orchestra could accompany them. The absolute highlights are the songs in which Alex Callier, Raymond Geerts and drummer Arnout Hellofs left the stage to have Wolfs' angelic voice only accompanied by Murrath and co. The songs in which the three men played, were of a high level, but the magic that arose while Wolfs was alone at the front of the stage was of an indescribable nature. Highlights on the album are 'Battersea', 'Heartbroken', 'Vinegar & Salt', 'Eden', '2Wicky', 'Mad About You', 'Sometimes', 'Jackie Cane' and 'The Night Before'. With Orchestra Live is now finally available on vinyl for the first time as a limited edition of 1.000 individually numbered copies on silver marbled vinyl.