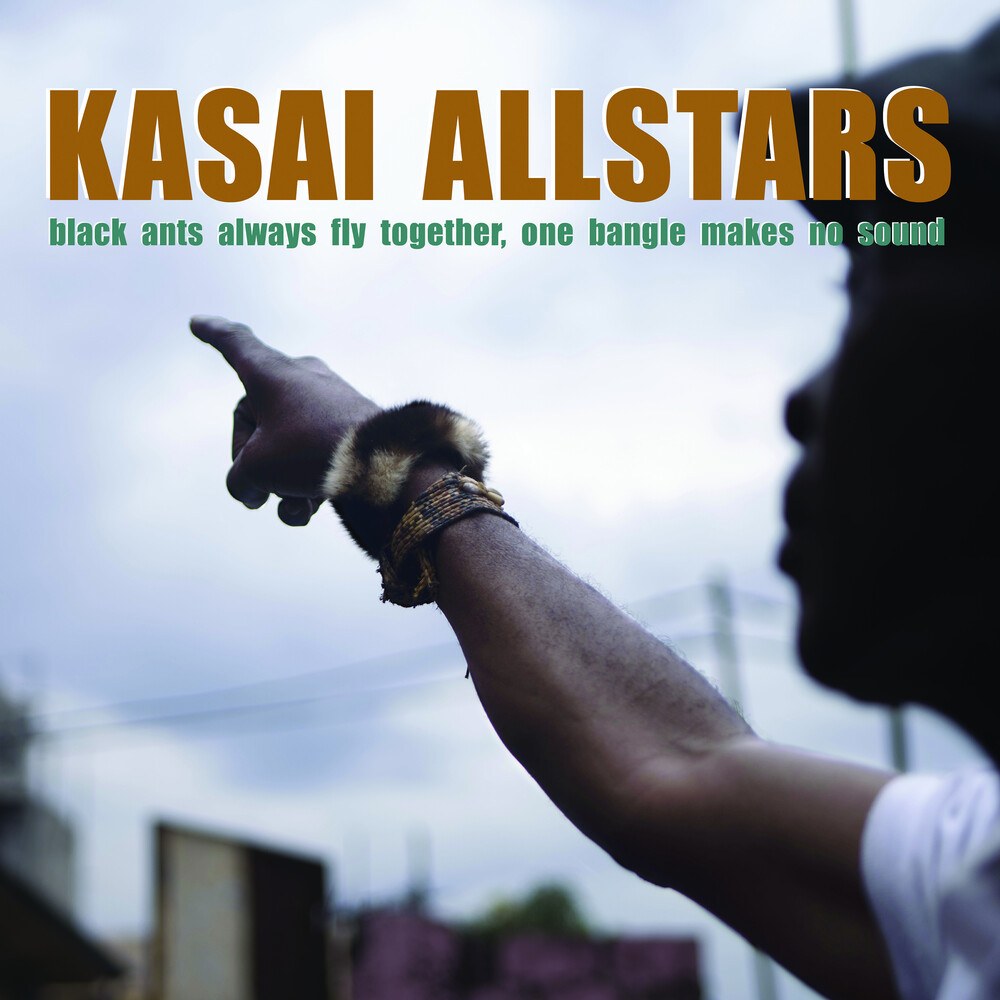 Vinyl
$18.98
DISC: 1
1. Kasai Munene
2. Olooh, A War Dance For Peace
3. Musungu Elongo Paints His Face White To Scare Small Children
4. Like a Dry Leaf On a Tree
5. The Large Bird, The Woman and The Baby
6. Baba Bende
7. The Ecstasy of Singing
8. Hunters and Farmers Need The Blacksmith
9. Betrayal By Gossip
10. Unity Is Strength

Legendary Congolese collective Kasai Allstars marks a new milestone in their rich history, as the band have incorporated their own approach to electronic music into their new compositions. Their 4th full-length album, "black ants always fly together, one bangle makes no sound" was produced by guitarist Mopero Mupemba, who also wrote about half of the songs. He also handles the often intricate programming, which is perfectly adapted to Kasai Allstars' peculiar rhythmic patterns drawn from traditional trance and ritual music. The album features Kasai Allstars mainstays such as vocalist Muambuyi, vocalist and electric likembe player Kabongo, powerful singer Mi Amor, and instrumentalists Tandjolo and Bayila. Born from the reunion of five bands, all from the Kasai region, but originating from five different ethnic groups whose diverse musical traditions were thought to be incompatible until the musicians decided to pool resources and work together. They're admired by artists such as Saul Williams, Questlove and Björk, have engaged in live collaborations with Deerhoof, Juana Molina and Konono N°1, and have had their tracks remixed by the likes of Animal Collective, Deerhoof, Aksak Maboul, Jolie Holland, Shackleton and more.