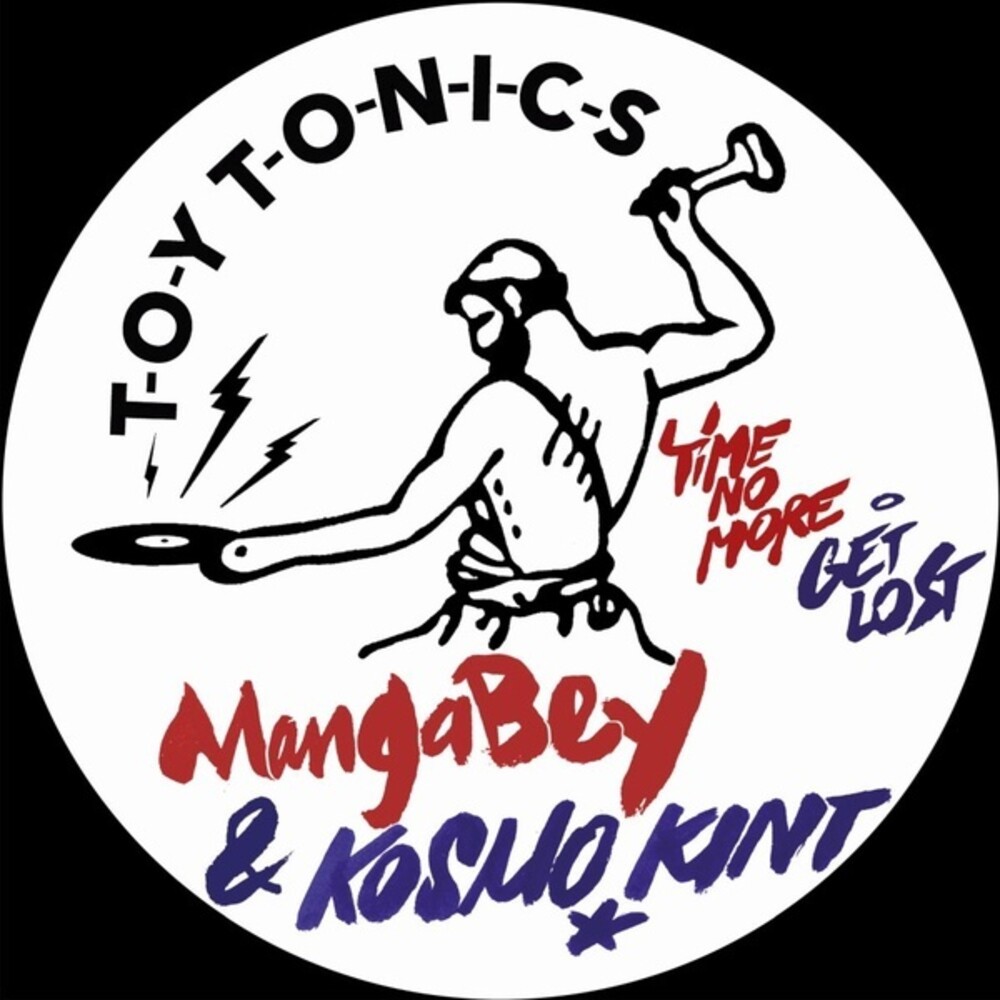 Time No More / Get Lost
Artist: Mangabey & Kosmo Kint
Format: Vinyl
New: OUT OF STOCK. Contact us for availability!
Wish

New York vocalist Kosmo Kint joined the Toy Tonics crew. Born in Trinidad and raised in New York City, Kosmo has been part of the recent Brooklyn scene, singing in several projects in NYC before moving to Berlin two years ago. To find like-minded people to create new lyrics driven dance music. In Berlin he teamed up with the Toy Tonics boys and now TT boss Kapote and the crew are working with him in Berlin Kreuzberg to find a new R&B and disco influenced style of electronic dance music. The first release is a collabo between French talent Mangabey and Kosmo Kint, produced by Kapote. The two songs have a chilled L.A. G funk vibe that makes you think about certain Dr. Dre productions from the '90s combined with some broken beats and four-to-the-floor house vibes. The song might remember some French touch tracks too and some might think about that West London early 2000 "Dego" vibe maybe. Anyway, it's new and there is not a name yet for that style.