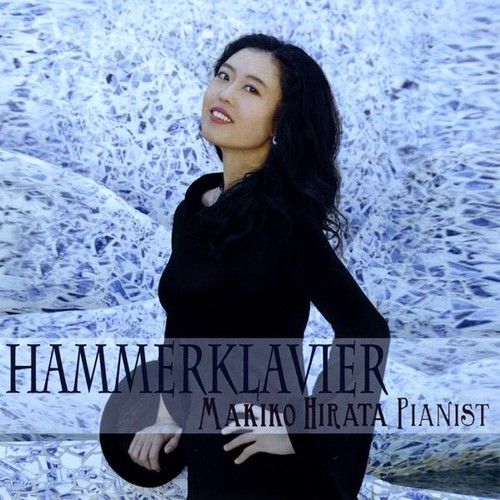 Both "Hammerklavier" and Dichotomie are challenging ? pianistically, musically, conceptually, and aesthetically. They appealed to me because I had just decided to prioritize artistic integrity over career promotion, and had moved to LA to study at The Colburn School after seven, fairly successful concertizing years based in NY. Unstructured knowledge acquired through first-hand performance experience is real, but it is also susceptible to outside influences and inertia. Especially when classical music is becoming increasingly marginalized in mainstream culture, it is easy to fall into being a performer who gives the audience what they want to hear. By pleasing the audience without posing questions and challenging them, one becomes a mere entertainer. To do justice to music as a thinking human being, I wanted to challenge myself and my audience through these pieces. The Scarlatti sonatas are there to give some historical context to the following two pieces, and to explore how the keyboard as an instrument, as well as it's repertoire, had expanded over the years. About Makiko Hirata; "Elegant, refined and beautiful - a revelation!" said Ruth Laredo about Makiko Hirata's performance of Debussy's Fantaisie for Piano and Orchestra with the Jupiter Symphony Orchestra. Ms. Hirata went on to make regular appearances with this renowned New York City ensemble, presenting such rarely-heard repertoire as concerti by Tovey, Lalo, Godard, and the premiere performance of Variations on a Theme by Schubert for Piano and Orchestra by Kile Smith. Her recital debut was at Weill Recital Hall of Carnegie Hall in 1998. She has given recitals, lecture recitals, and children's concerts in Japan, Poland, Macedonia, Germany, and the United States, and toured in America and Europe as the featured soloist with the Pecs Hungarian Symphony Orchestra, Polish Philharmonic Resovia and the Arad State Philharmonia of Romania. A sought-after chamber musician, Ms. Hirata has made appearances in various chamber music series, collaborating with such distinguished musicians as violinists Christiane Edinger and Hagai Shaham, violist Paul Coletti, cellists Ronald Leonard and Andre Emelianoff, clarinetist David Krakauer, and pianist Sara Davis Buechner. As a teacher, Ms. Hirata has given master classes in Bolivia, Macedonia, the United States, and Japan. She also taught piano and music theory at New York University for two years. She is currently an assistant to John Perry at The Colburn School. For a year in 2003, she wrote a column, "Listen to my Piano" in Apple Friends, a monthly insert in one of the most important Japanese newspapers, Asahi Shinbun. Makiko Hirata is currently studying with John Perry at The Colburn School Conservatory of Music in Los Angeles. In addition to solo and chamber music performances at Colburn, Ms. Hirata has most recently performed Rachmaninoff's Variations on a Theme of Paganini with the Colburn Orchestra, conducted by Leon Fleisher, in February 2009 at the Ambassador Auditorium in Pasadena.