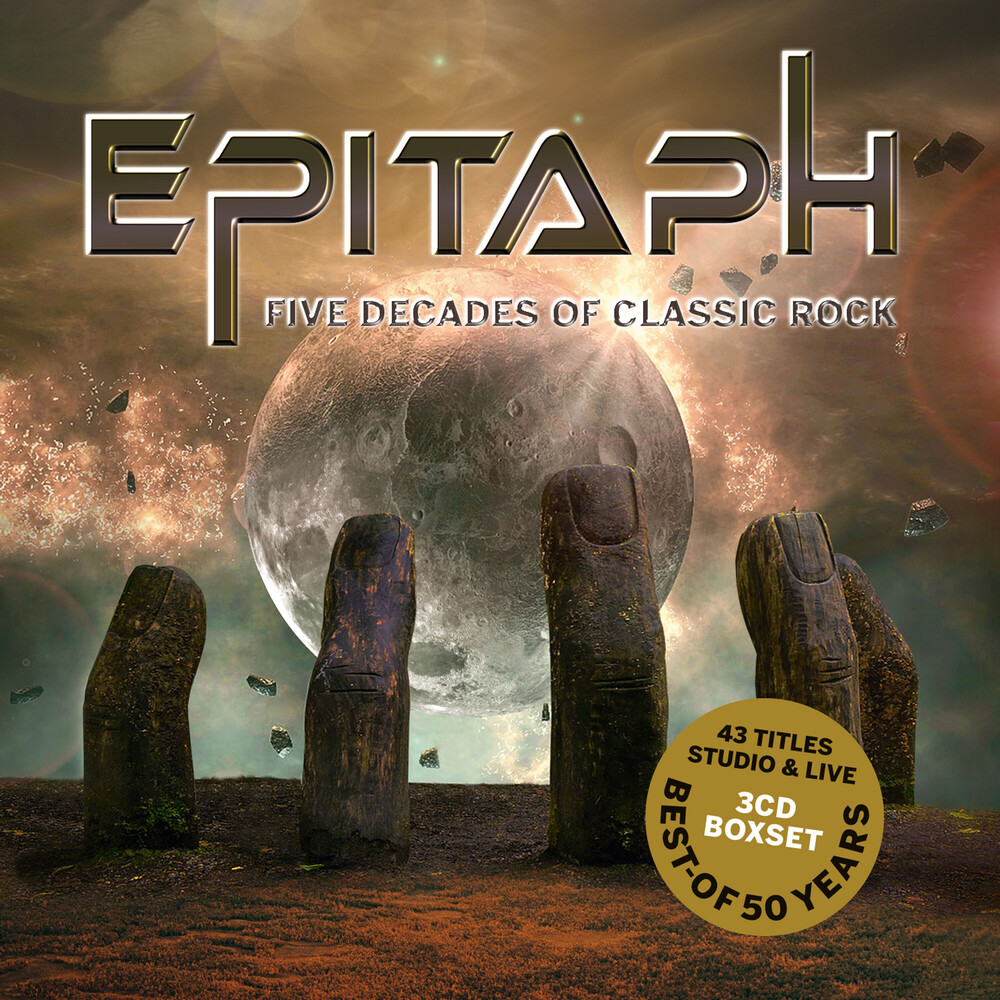 In 2020 EPITAPH celebrated their 50th anniversary. Reason enough to celebrate this with a new album and corresponding tour. The new album contains the best of Five Decades of Classic Rock in a 3 CD box and is the culmination of their 50-year journey through the world of rock. This very varied and personal musical statement takes the listener from the cellars of the Fantasio Club in Dortmund to the leading rock and blues venues of Chicago, with all the trials, tribulations, successes and broken dreams that have made EPITAPH what they are today: a top-flight, classic rock band. Only a handful of German rock bands can be described as legendary, and EPITAPH is definitely one of them. Founded in 1969, in the 70s they wrote music history. They were the first German band to tour the USA several times, producing their album "Outside The Law" in Chicago in 1974. They made their name in Germany with TV appearances on Beat Club and Rockpalast. Touring with Joe Cocker, Rory Gallagher, Golden Earring and ZZ-Top, as well as countless festival appearances, EPITAPH became one of the most popular German rock bands, quickly gaining a cult following. Over the past 50 years the band has released a total of 18 studio and live albums, 23 if you count the digital re-releases. Things got a little quieter in the 80s and 90s, but Epitaph returned in full swing in the new millennium. The 21st century studio albums "Remember The Daze", "Dancing With Ghosts", "Fire From The Soul" and "Long Ago Tomorrow" are albums of timeless rock music. Also a delight for fans is the CD/DVD box Live At Rockpalast with all three Rockpalast concerts, plus the Beat Club recordings as bonus material. The Acoustic Sessions album made Place 31 in Germany's ECLIPSED magazine's top 100 rock and pop albums of 2014. EPITAPH released a live CD/DVD box A Night At The Old Station in 2016.