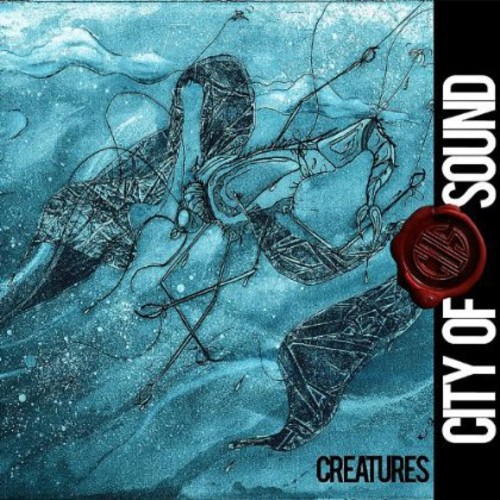 Creatures
Artist: City Of Sound
Format: CD
New: OUT OF STOCK. Contact us for availability!
Wish

Minneapolis prog-rock band City of Sound's self-proclaimed favorite bands are Radiohead, Led Zeppelin, and The Beatles. Why does that matter? Why is it kind of amazing? Mainly because the four-piece actually sounds, at it's best, like a decoupage/Frankenstein's monster made from parts of those bands. City of Sound has strong, dramatic vocals with lots of highs, lows, and harmonies, matched with math-y, catchy guitar and a constant, crashing percussive underpinning to sew the whole thing together. It's high-octane stuff, and the kind of music that gives you that sped-up high feeling that At The Drive In and Mars Volta used to give you. It makes you want to run a marathon, or take the Trans Am out to County Road QQ and just drive really, really fast. - A.V. Club, Minneapolis, MN. COS formed in 2006 and has independently released two self-produced LPs: L'Implosion (2009) and Creatures (2012). The band has toured regionally, has been asked to play at Vans Warped Tour and has been featured in Alternative Press as an 'AP Recommended Unsigned Band.' Frontman, Danny Morrison, has a degree in Recording Technology from McNally Smith College of Music and records much of the bands material along with guitarist, Jeremy Kindvall. COS plans to have another release in 2012.