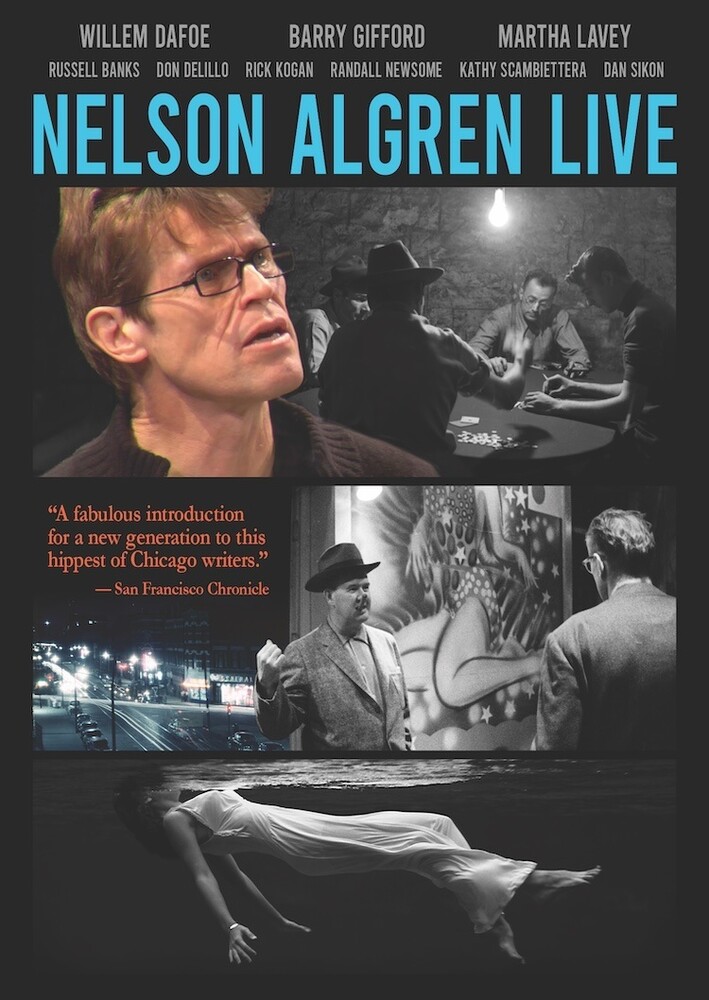 One of the most neglected American writers and also one of the best loved, novelist Nelson Algren wrote about the dark underbelly of post-war America before it was ever fashionable to do so. Best known for the novel The Man with the Golden Arm, Algren was a bard of the down-and-outer, writing about Chicago-his Chicago-boldly depicting the life of the city's drunks, pimps, prostitutes, drug addicts, corrupt politicians, and hoodlums. On what would have been his 100th birthday, a group of actors and writers gathered at the acclaimed Steppenwolf Theater to premiere Nelson Algren Live-an onstage reading and celebration of Algren's life and work in his own words. Barry Gifford seamlessly steps into Algren's voice like he's putting on an old coat, while Willem Dafoe's stunning performance of a punch-drunk prizefighter ignites a newly unearthed story.