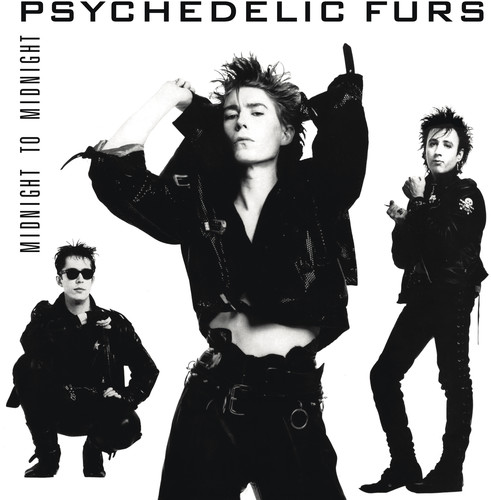 Midnight To Midnight [LP]
Artist: The Psychedelic Furs
Format: Vinyl
New: OUT OF STOCK. Contact us for availability!
Wish

Limited 180gm vinyl LP pressing. Midnight to Midnight is the fifth studio album by the British band the Psychedelic Furs, released in February 1987 by Columbia Records. It was produced by Chris Kimsey. The album was their greatest commercial success. A more overtly commercial effort than the Furs had ever recorded before, the album features the single "Heartbreak Beat", which proved to be the Furs' biggest Top 40 entry in the US at that time. The album also featured drummer Paul Garisto and saxophonist Mars Williams, both of whom continued to tour with the band. The Psychedelic Furs formed in London in February 1977. Led by singer Richard Butler and his brother Tim Butler on bass guitar, the Psychedelic Furs were one of the many acts spawned from the British post-punk scene. Their music went through several phases, from an initially austere art rock sound, to later touching on new wave.