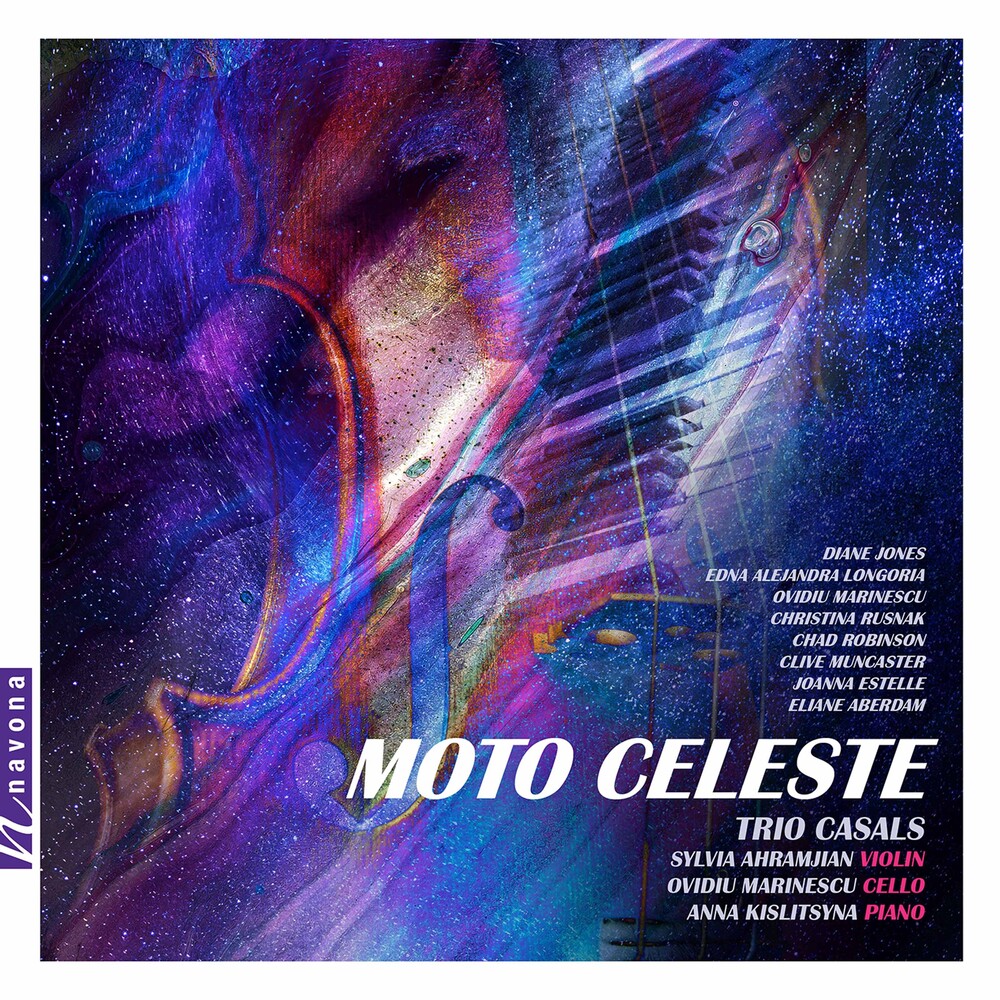 In MOTO CELESTE, the fifth installment in Navona Records' MOTO series, the internationally-acclaimed Trio Casals takes on eight new works by eight preeminent composers. It is an electrifying collection, full of drama and adventure. The compositions borrow from an eclectic array of musical traditions, including rhumba and flamenco music. MOTO CELESTE is forged into a cohesive work by the trio's sensitive and highly-organic performances. Earth Rise by composer Diane Jones kicks off the recording. This piece is inspired by the cosmic dance between the sun, moon, and Earth, and features lively dances and ethereal strains. Next comes Edna Longoria's Los Ritmos Para Tres, which translates to "rhythms for three." It is a mischievous and thrilling piece, rife with shadow and mystery. Ovidiu Marinescu, Trio Casals' cellist, composed I'm All Ears, which is inspired in part by the musical gestures of a flamenco guitar and features a muscular performance by Marinescu. Next comes Christina Rusnak's Glacier Blue, in which the trio reflects on the fundamental physical elements of "Mountain," "Sky," and "Water" over the course of three movements. Darkbloom by Chad Robinson follows, exploring the full range of the cello with boisterous interjections and tentative replies. After that comes Clive Muncaster's Palette No. 2, a grand, sweeping piece seasoned with cross rhythms and even rhumba-inspired passages. The penultimate track is Joanna Estelle's Faraway Star, which includes songful themes that passionately recount the story of two (literally) star-crossed lovers. Finally, Eliane Aberdam's Grisailles Vaporeuses or "misty grayness" is a three-movement work inspired by nature in New England, with all it's joy and drama. The piece ends without a firm musical resolution, leaving the listener already longing for the next album in the MOTO series.