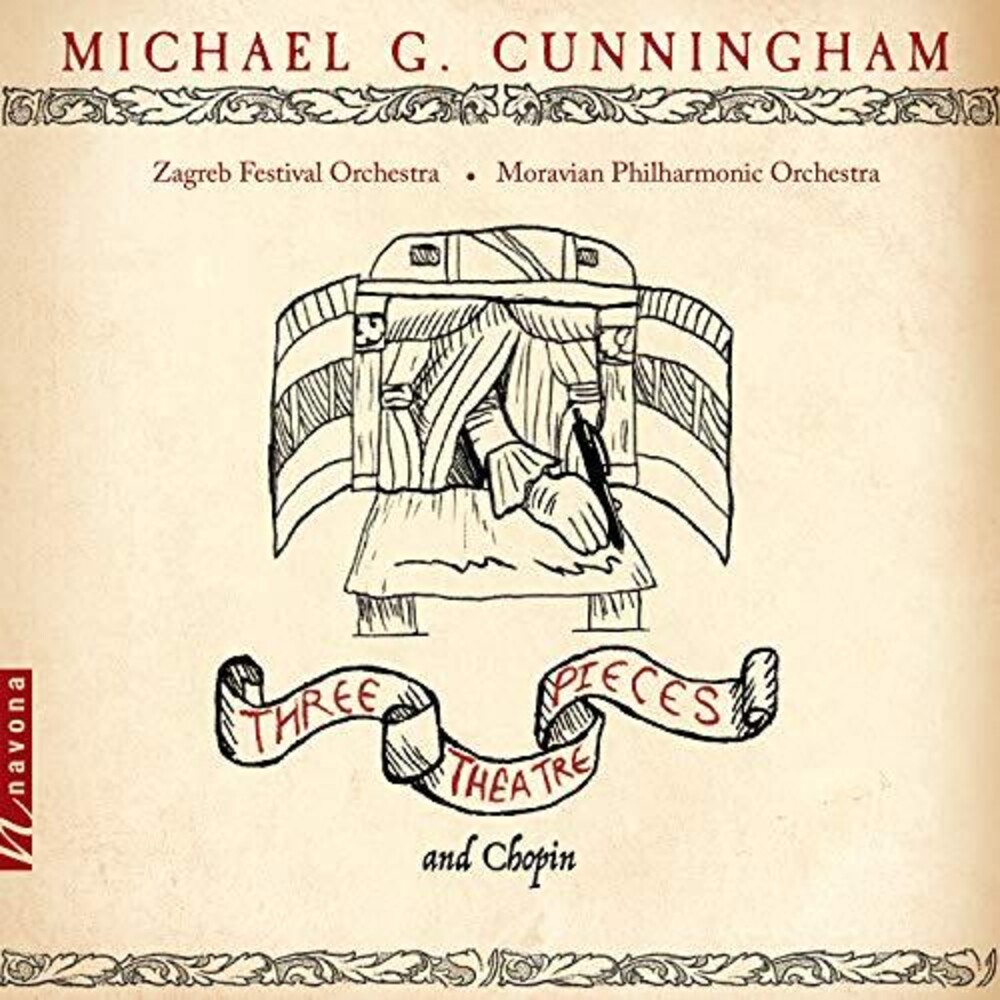 Longtime Navona Records artist Michael G. Cunningham showcases his penchant for storytelling on THREE THEATER PIECES AND CHOPIN, an album rife with theatrical wonders that delight both the ears and the imagination. THREE THEATRE PIECES AND CHOPIN opens with The Real Alice, a spoken narrative that tells the tale of the titular character from Lewis Carroll's surrealistic masterpiece Alice in Wonderland. Rather than simply rehashing the well-known story, Cunningham draws us into the imagination of a real-life Alice, whose observations of her own day-to-day life inform whimsical daydreams represented by musical interludes. On My Name is Pinocchio, Cunningham presents another tale with narrative and interludes, this time musically illustrating the classic tale of the puppet who became a real boy. At the center of the album is Post Meridian, a jazzy, seven-movement ballet that whisks listeners away to a sweltering night in a 1930s Manhattan tenement district. Throughout each movement, a smooth saxophone captures the romantic struggles of late-night blazing heat, from residents seeking cooler air on fire escapes to the murmurings of sidewalk night owls to a full-blown skirmish with the police. On the final track, The Triumph of Chopin, Cunningham introduces his own take on Chopin's Fantasie in F minor, Op. 49 by expanding the master's piece for solo piano into a fanciful work for wind harmonia. This arrangement further highlights Fantasie's free-flowing form and Romantic expression, and retains the structure of a self-contained movement that creates an imaginative, dramatic progression.